Where have all of the dogs gone? Inner west Melbourne statistics

There are about five main dog off lead parks in these suburbs.  And a maximum of 100 dogs visit each day.  (note I have been to most of the major off lead dog parks over the last 8 years, and this is a VERY generous number of dogs that visit the parks)

This means a maximum of  500 dogs being walked off lead per day in the inner west of Melbourne. 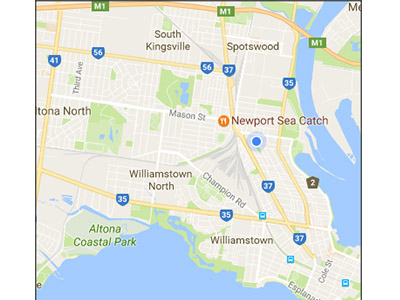 What percentage of dogs are walked every day off lead in the inner west then?

Now there may be as many as ten off lead areas, or at least areas that people might take their dog off lead, but they are not major and the minor ones would likely have less than 50 people doing so each day.  So this percentage of dogs is still likely to be on the high side, including the small parks.

The connection between off lead dogs and dog bite

There are council members who see dog parks as a liability, as something to police or preferably shut down.  There are religions that regard the domestic dog with the same distain as pigs. There are many reasons why people don't own dogs or dislike dogs, but very few of them have to do with dogs walked off lead in off lead dog parks.

Because even if these dogs are 'naughty' and jump or approach it is extremely rare to see an aggressive off lead dog in these off lead dog parks.

One of the major points we make about off lead dog walking is socialisation.  Yes the dogs get fit physically and mentally fit and will have a much healthier life. But its the socialisation/ and making a dog satisfied (not bored with life) that most of my clients appreciate.

I am pretty sure that you will find that most of the dog bite and dog related human conflicts in this part of the world are with dogs that are not walked (especially off lead) and so they don't have energy drained and they don't know how to engage with dogs and humans.

If you keep a dog in isolation, except for its immediate human family, that dog will not know how to interact with other dogs or probably other humans.  The first chance it has to escape, if that is its goal, it will become either an anxious or an aggressive dog, because it has had no or little experience with other dogs. This is 'fight or flight' experience that our best friends are forced to endure when they become free.  How sad is that?

The solution to reducing dog bite incidents might be many legal solutions, BUT I know that the preferable option is definitely having dogs learn to respect each other and play nicely in off lead dog parks, so they can take this preferred behaviour home.

It is definitely a priority that will benefits all dogs and their human families. Like many of the owners I meet in the parks say. "Why have a dog if you arent going to walk them".  And by walk, we mean off lead, where they get to run and get fit, and learn to make the right kinds of choices that the dog society abides by.  A balanced dog is NEVER going to choose aggression as its first recourse.

If the 5 percent figure we have reached above is close to the mark, and through daily anecdotal direct observation it is, then imagine the mental suffering and time bombs that many of those 95% of dogs that don't experience being off lead regularly represent.

NO, its not the dogs fault, but they are the ones that risk real physical danger or death the first time they are released and confront another dog or human.