You are here: Home » Blog » Stop Liking & sharing pictures of pets dressed up - walk them instead.

Stop Liking & sharing pictures of pets dressed up - walk them instead. 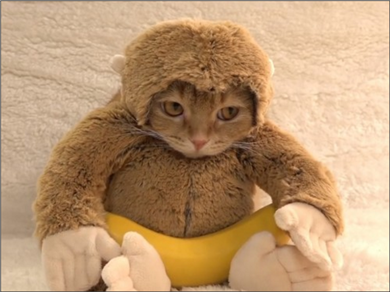 At Christmas time we particularly get swamped with people sharing "funny" pictures of their dogs and cats dressed up in ridiculous costumes for the holiday season. STOP IT !

It would be funny except for the fact that its basically people are doing it for their OWN amusement, it usually freaks out the animal and has them feel uncomfortable and I can pretty much guarantee you that these people taking these pictures and posting them on social media, are doing it to make a name for themselves and money off their pets through advertising on their pages.


They dont give a damn about their animals well being.  I can guarantee you that almost EVERY dog in these photos does not get  walked daily off lead, probably not twice  a week off lead.


The act of dressing a pet up is Anthropomorphism not kindness

Making an animal seem human is trying to make them appear humorous in a human way at their expense.  In fact it robs them of their dignity and in the case of the dog, the reasons why we domesticated them. We did not domestic the wolf and turn them into dogs for our amusements,  not for our own pleasure. We did this thousands of years ago for to work alongside us as true companions and in many work cases, as equals.

Dressing a dog up, putting dye through its hair and parading a dog through the streets in a pram (when it can walk) is not socialising a dog, its doing the opposite. If you dye a dogs hair, and you walk it off lead daily then fine, that kind of cancels it out. BUT you will find very few of those owners do that, they dont understand the primal basic mental and physical pack walk needs of the dogs. Nor do they want to read up on it, because they might have to face some harsh truths about their lack of compassion and actual real love for their dogs by giving them what they need, not what the owner wants to make their dog do.


What do dogs really need?

Dogs feel happiest when they are in natural environment with other dogs forming a pack. They often dont care about the weather or whether or not their owners had too many drinks the night before and dont feel like a walk.

Have I been guilty of dressing my dog up?

In the early days we once put dog antlers for Christmas on him for a set shot and quickly took them off. It was for a vet pageant, which was really advertising their practice rather and getting owners excited about prizes and their brands, nothing to do with the dog. They should know better, but lately all companies are acting for profit, not in their dogs best interest.

In the same way that too much affection, and no rules or discipline makes for an unhappy dog that doesn't know its pack place, dressing a dog up for our amusement and laughing at them can give most dogs an internal fear reaction. Laughing at your dog is not a natural response, it does not show that you love them more, it is a spooky thing to do -


there is no laughing with a dog, you are laughing at them

... and you are most likely breaking your bond with them - you are not being their alpha. You are debasing them for a cheap laugh.

Dogs like to work for their living, they were bred into different breeds with specific tasks to do. Very few were originally bred to sit around on a lounge all day watching TV.  There are some breeds that are more sedentary than others, but all you are doing by leaving them in one spot is encouraging laziness, boredom and weight gain.

There is not dog bred that cant benefit from a daily off lead dog walk and maintain a high social awareness. So the next time you see a "funny" picture of a dog dressed up in a ridiculous costume that makes you laugh, think about what that dogs life is most likely like.  VERY few of these internet stars have a normal natural dogs life of off lead social meetings with dogs.

They probably only eat a grain diet, and sit at home bored like the vast majority of dogs in Australia.  How funny was that dog being dressed up look now?
Joomla SEF URLs by Artio