You are here: Home » Blog » How to reduce abandoned dogs and dog rescue killings

How to reduce abandoned dogs and dog rescue killings 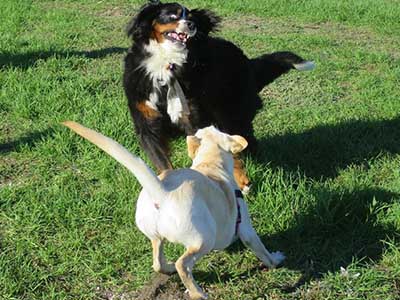 Firstly I should say that this blog was inspired by today seeing a dog (Maltese Cross) seemingly abandoned in our local dog park. Another owner chased it down and took it to a vet for identification, but can you imagine how stressful being abandoned in a park would be to a dog?


It was actually running on a busy highway when the other owner first saw it, then it ran into the park.  The park is a long way away from residential areas, so it looks like this was a deliberate heartless decision.

I doubt that many people buy or acquire dogs with the express expectation that they will abandon them in a few months or few years. I would just as easily abandon a  close family member as get rid of my dog, so what leads to these decisions?

It is true that when you get a dog, you need to get everyone in your house on board with the idea.  Not only will their negative feelings or resentment towards the dog affect the dogs stability in your home, as dogs can tell, but you all need to give the same training.

People will say that the dogs are incompatible with their lifestyle, or circumstances change, but dogs are not as fair-weather changeable as people. The real reason that most dogs are abandoned is that people don't give any time to dogs, they don't walk the dog. The don't give the dog what the dog needs, and so the dog doesn't get to 'behave' how the person wants at home.

A bored dog with too much energy is going to find a release one way or another, and usually they are in forms that the owner doesn't like.

A dog that has not been walk is unlikely to listen to you as the fair boss you might like to be. It won't have the concentration to be trained, and why should it listen, what are its real rewards?

If you are a regular walker, this is just common sense and a day to day thing.  If you have only every played with your dog in your yard or taken it for an on-lead walk, then its a whole new world waiting to be discovered once your dog does learn off lead walking.  You don't have to do it yourself, but you will get many more benefits at home too as your dog learns to be responsible from its peers. It will still need training at home, but it is going to grow up a lot at the park.

I am regularly amazed at how differently the owners see their dogs after I have walked their dogs for only a short while.  When a dog doesn't 'annoy' their owner so much, they also start considering taking it more places.

Once the dog gets what it needs, and the human bond strengthens, owners often start thinking of their dog more as part of their family than a problem to be fixed.

Even if a person loves their dog to death, and gives it plenty of affection, they know in their heart of hearts that their pack animal is missing its pack, and that rather than have well earned guilt, the dog will benefit from all other social dog contact.

If a person legitimately can't keep a dog. They have health concerns, their neighbours can't help out, they have an apartment that has changed the rules and they can't move, I can understand why a tiny fraction of dogs need to be given up.  But not in the numbers we see in rescue organisations.

If  you truly love your dog, and want to see the best for them, and yourself, walking off lead in a friendly dog park is the only solution.  You just need to go out and do it.
Joomla SEF URLs by Artio