You are here: Home » Blog » The main reason people give for not walking dogs or getting a dog walker 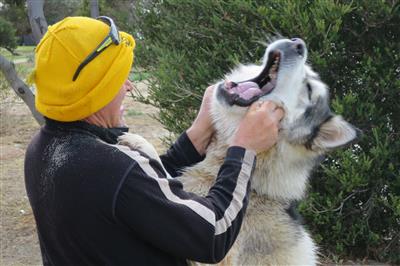 I would say that mainly people are either ignorant about the basic pack and social nature of dogs requiring them to have daily off lead dog contact, or they dont care.

The vast majority of clients I get seem to say that they are mostly driven by guilt that their dog looks sad or doesn't get out enough.  They have virtually no idea that in such a short space of time that we take their dogs to the park, that the dog is getting more health and mental benefits than they could ever imagine.


Sure they see a happier dog, a less bored dog, a dog that begins to slowly get fitter .. but they don't see the myriad of benefits all slowly seeping into their dog making them just the happiest healthiest dog that they can be. Its not a miracle, it should be common sense ...

Usually it seems to do little with having the money. I don't mean that my clients are all rich, and in the main they are not from the corporate world, but that is another issue.  A person who can't walk their dog in a pack in the mornings, finds a way to hire someone who can do that job.

The hidden reasons I come across are:

The curious thing about this concept is that it is so far-fetched from the daily reality of all the dog parks that I go to that it is not a real issue.  It is their real misinformed concern, and often they think they are doing their dog a big favour by protecting them from the vicious world.  Unfortunately all they are doing is turning their dog less social and more likely to accidently cause a fight any time it is in public on lead or off. This is because it develops an overwhelming fear of dogs, from lack of contact with its own  species and ends up fighting when all it should be doing is sniffing.

I say that many people can't afford any extra expenses, but can for whatever reason walk their dog.

And legitimately this is true.

However for people who could find a way to pay for their dog to be walked, they might think they are saving money by not walking their dog.  And in the short term that might seem true.

But if their dog is not social and encounters a similar non social dog, THAT is where a vicious dog fight is likely to break out. Within a few seconds they might find that even they have irreparably harmed their dog through negligence (lack of social training) or they have a few thousand dollars of vet bills for their dog and the other owners dog.  Perhaps the council will force their dog to be put down. Lack of socialisation has many profound unseen consequences.

The other cost of not running a dog safely off lead,   is that they will be a LOT less healthy (than even if walked on lead for long distances) because they are not using ALL of their muscles that they would by running on uneven ground, making their choice of path.

The dog will also be mentally undeveloped because it has not learned to sniff and catalogue other dog smells in the park and flora and fauna smells.  This takes a lot of energy form a dog and adds a lot to their satisfaction. A social dog is a confident dog, a dog living in the moment, not afraid all of the time. Not aggressive, just being their true self.

Add these daily denials to a dog over the years, and they will die early and live a much lower quality of life for the years up until their death.

Accidents in a dog park can happen to dogs, from sprains to the potential of dog fights or snake bites, but when walked properly at the right times in the right parks, the risks are incredibly low. I have not had any of these issues with my own dog or any other dog I have walked in the last 6 years of my professional dog walking business.

If you have a dog, you need to understand that you are responsible for a dog much more than a yearly vet check and feeding them grain pellets. In a more enlightened society there would be laws requiring dogs to have basic rights that included being allowed off lead time to meet their own kind.

In the mean time we have dog walkers waiting for your call ..
Joomla SEF URLs by Artio